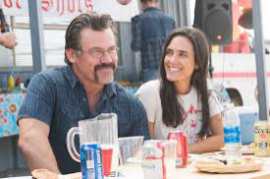 Based on the true story of a group of Granite Mountain Hotshots all firefighters to protect the village from a fire history.

Later, all people, some firefighters, were created. Only the brave, based on the true story of the Granit Mountain Hochotti, is a heroic story of a local fire-fighting alliance that willbe one of the greatest hopes, determination, sacrifices and battles for families, communities and nations. an elite fire extinguisher in the country. Since most of us are at risk, they follow – they see our lives, our homes, everything we want, because they create a singlea brotherhood that focuses on the deadly fire.